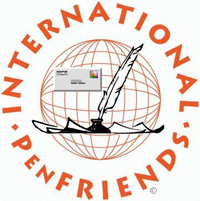 The History of the
INTERNATIONAL PENFRIENDS® PROGRAM

We believe that the ancestors to the founder of our organization were the first to coin the term PenFriends® in Sweden around 1920. As the family story goes and what we have found in family history materials is that the term was used again in Seattle Washington in the USA to have large groups belonging to cultural clubs to write to people overseas. It continued for a decade to be operated as a club in a variety of ways with many associations.

It was next promoted as a program for the 1933 world fair, and this seems to be the first contact with Parker Pens and in materials found in some way this promotion was to be connected to Frank Lloyd Wright. The whole promotion never got off the ground.

It resurfaced in the 1962 Seattle Worlds Fair in Connection with the different Cultural Pavilions and third generation of the family, still under the term PenFriends®. It gained more exposure and continued to grow over the next two years. As the 1964 Worlds Fair was being organized with the theme “Peace through Understanding” it was promoted as a good tool to be used at the fair. “Peace through Understanding though Writing” was taken on as the theme of the Parker Pen Company from Wisconsin, with its Parker Pen Pavilion and the program name was then changed to International PenFriends® since the purpose was promoting writing overseas. This was also the first time a computer was used to match International PenFriends®. This was the first collaboration with the People-to-People Foundation which was headed up by Ex-President Dwight D. Eisenhower. 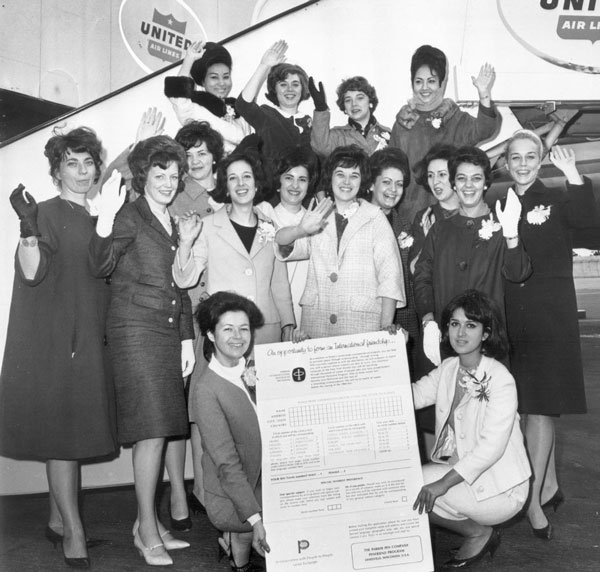 A Enlarged Copy of the International PenFriends Application Form Used at the Fair. 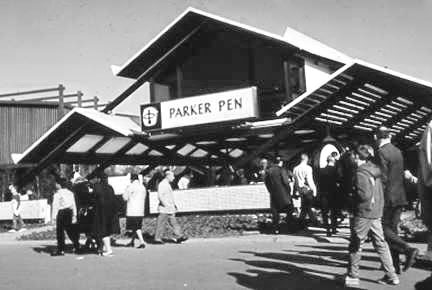 The Parker Pen Pavilion at the Worlds Fair in 1964. 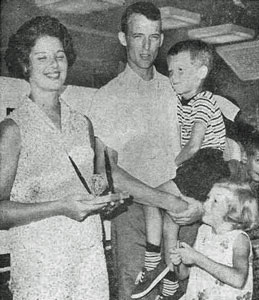 There was nothing to be done and after all, it was all in the name of cultural understanding. However that changed during the 80’s when moderate fees became higher and many companies got into Pen Pal Services to make money and most people got nothing.

In 1990 we were forced to turn our club into a US 501(C)(3) Non Profit Corporation due to the volume. Our Mission, as in our humble beginnings “To Promote Cultural Understanding”.

At that time we decided to work with many pen pal organizations around the world. After all, the more people getting involved in writing the better. That backfired as we had no control over what other entities did and within 12 months we stopped our associations with all of them.

Instead we started using agents around the world to promote our program. We grew from a few hundred in 1990 to over 1250 today. At the same time the internet became a worldwide influence and we decided to make a presence on it. In 1996 we finally trademarked our program name to protect it from unauthorized use and misrepresentation.

At first we were told that the Internet would be the end of writing letters via the postal service as people were starting to use Email. But to date that has proven, as we thought it would, to be untrue, as we are processing over 7,000 new members a day worldwide.

What does the future hold – well with all the modern technology we hope that people will still hold onto the old fashion method of writing a letter, sending it by post and making new friends through writing.


Some Historical Points of Interest:

1. We were the First to use the term “PenFriends”®
2. We were the First to use the term “International PenFriends”®
3. We are the Largest Organization relating to Pen Pals in the world.
4. We are the first company in the USA to sell a program membership
as a retail item in stores.
5. We were the first to have a International PenFriend® Site
on the Internet
6. We are the longest running program of its type in the world.
7. We are officially recognized by the United Nations.
8. We are one of the world’s largest customers for Airmail Envelopes.
9. We are the only program to ever have official presence at a
Worlds Fair.
10. We are helping people making new friends Everyday! ™

We appreciate your participation and support and are truly thankful for Geoff Parker, a member of the Parker Pen Family and others that have provided some of the material shown above. Our hats of to Parker Pens as being the single most promoter of International PenFriends”®!